The Postal Service laid out a wide-ranging—some would say radical—plan in March for coping with its current economic problems and future business challenges. It featured headline-grabbing initiatives, such as eliminating Saturday mail delivery, and more mundane, nuts-and-bolts proposals, like streamlining the regulatory process.

The NALC supports many of the plan’s recommendations and goals, especially relief from the burden of accelerated pre-funding of retiree health care and recovery of CSRS pension fund overcharges. [Full Story]
No comments:

(03/30/10) Confirming charges the APWU has made for more than a decade, the Postal Regulatory Commission (PRC) concluded on March 29 that the Postal Service grants excessive postage discounts to large mailers. The USPS suffered a loss of $3.8 billion in Fiscal Year 2009. The PRC’s Annual Compliance Determination (ACD) identified 30 types of worksharing discounts that exceed USPS savings when work is performed by large mailers. [full story]
No comments:

(Madison, March 25) – Today Rep. Cory Mason and Sen. Julie Lassa introduced legislation to create the Green to Gold fund, initially proposed by Governor Doyle in his 2010 State of the State Address. The Wisconsin State AFL-CIO strongly supports this bill because it will create and retain high-quality jobs while ensuring that Wisconsin companies are competitive in the new economy.

“Working people will lose out if our state sits on the sidelines of green innovation,” says Phil Neuenfeldt, Wisconsin State AFL-CIO Secretary-Treasurer. “Many Wisconsin manufacturers want to invest in energy efficiency technologies, but they don’t have the means to get started. The Green to Gold fund will help launch a more sustainable economy.”

Green to Gold is a revolving loan fund which will align existing state resources and federal dollars to ensure that Wisconsin’s manufacturers have the capital they need to invest in energy efficiency, use renewable energy, and make products that support a green economy.

“Wisconsin’s workforce is a tremendous asset in the global economy. Productivity, skill and quality set us apart, and will continue to do so as long as we make the investments needed to stay ahead,” says Neuenfeldt. “The Green to Gold fund will make sure that both our natural and our human resources are employed wisely.”
No comments:

10 THINGS EVERY AMERICAN SHOULD KNOW ABOUT HEALTH CARE REFORM

1. Once reform is fully implemented, over 95% of Americans will have health insurance coverage, including 32 million who are currently uninsured.2

2. Health insurance companies will no longer be allowed to deny people coverage because of preexisting conditions—or to drop coverage when people become sick.3

3. Just like members of Congress, individuals and small businesses who can't afford to purchase insurance on their own will be able to pool together and choose from a variety of competing plans with lower premiums.4

4. Reform will cut the federal budget deficit by $138 billion over the next ten years, and a whopping $1.2 trillion in the following ten years.5

5. Health care will be more affordable for families and small businesses thanks to new tax credits, subsidies, and other assistance—paid for largely by taxing insurance companies, drug companies, and the very wealthiest Americans.6

6. Seniors on Medicare will pay less for their prescription drugs because the legislation closes the "donut hole" gap in existing coverage.7

7. By reducing health care costs for employers, reform will create or save more than 2.5 million jobs over the next decade.8

8. Medicaid will be expanded to offer health insurance coverage to an additional 16 million low-income people.9

9. Instead of losing coverage after they leave home or graduate from college, young adults will be able to remain on their families' insurance plans until age 26.10

10. Community health centers would receive an additional $11 billion, doubling the number of patients who can be treated regardless of their insurance or ability to pay.11

1. Final vote results on motion to concur in Senate amendments to the Patient Protection and Affordable Care Act, Clerk of the U.S. House of Representatives, March 21, 2010
http://clerk.house.gov/evs/2010/roll165.xml

“Facing down an onslaught of lies and cynical moves to derail this landmark legislation, these five Representatives stood with Wisconsin working families, not greedy insurance companies, and we applaud their courageous action,” said David Newby, Wisconsin State AFL-CIO President. “This vote is a momentous step toward comprehensive health care reform; Wisconsin small businesses, employees and seniors can take comfort that we are on the path to long-term health security.”

The legislation stops insurance companies from denying health care due to consumers’ pre-existing health conditions and dropping coverage for people who get sick. It stops the relentless rise in health care costs and expands coverage for 32 million Americans. The legislation also makes prescription drugs more affordable for seniors and helps small businesses struggling with skyrocketing costs. It is projected to reduce the federal budget deficit by $1.3 trillion over the next two decades.

A determined effort by working people in Wisconsin to pass the bill was mirrored by working families across the country. Over the past year, union members nationwide made over 4 million phone calls. In addition, Working America, the AFL-CIO community affiliate, talked to more than 210,000 people at their front doors, generating 30,000 health care petitions, 31,000 phone calls, 40,000 e-mails and 75,000 letters urging lawmakers to pass reform.

The final improvements in the legislation passed by the U.S. House of Representatives must still be approved by the U.S. Senate. Said Newby, “We urge Senators Feingold and Kohl to work to pass this legislation speedily and get it to the President’s desk to be signed.”
No comments:

APWU Web News Article 019-2010, March 8, 2010
The APWU is asking union members to contact their U.S. Representatives and encourage them to co-sponsor House Resolution 173, which urges the Postal Service to continue to provide mail delivery six days per week.

The resolution, which was introduced by Rep. Sam Graves (R-MO), expresses the “sense of the House of Representatives that the United States Postal Service should take all appropriate m
easures to ensure the continuation of its six-day mail delivery service.” The Postal Service is asking Congress to reduce the number of mail delivery days required by law from six days per week to five.

In a message to legislative activists, Legislative and Political Director Myke Reid warns that, if accepted by Congress, five-day delivery would begin a “death spiral” for the USPS. “In addition to the thousands of jobs lost, there will undoubtedly be an erosion of confidence in the Postal Service’s ability to provide the services the public relies on.”

“Mail delivery is not only a vital part of the national economy, but also provides the timely delivery of needed goods and services to all segments of society,” the message notes.

“People currently depend on the Postal Service to provide those services, and if we don’t, they will find someone else who will,” Reid cautions. 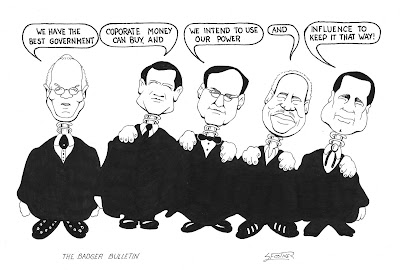 This amount is a direct reflection of the caring attitude and generosity of Postal Service employees in each of the 46 counties of the Combined Federal Campaign during the toughest economic times in recent memory.

Each of us should take pride in reflecting that we have achieved over 100% of our goal with individual gifts from the hearts of 1,600 co-workers.

Denise Daugherty, 2009 United States Postal Service CFC Coordinator, said, “Congratulations and a BIG THANK YOU to everyone that helped to brighten someone's life. These donations will have an effect on the comfort, well-being, security and essential interests of humanity. As mentioned in this year’s theme— Your Hands Can Shape the World!”