It’s getting to look a lot like open season. In the next several weeks, employees will have opportunities to sign up, make changes to their employee benefits — or consider a new program.

Employees should note that the 2010 Affordable Care Act changed FEHB eligibility requirements allowing children up to age 26 as eligible dependents for Self and Family coverage (Link, 8/17/2010). Employees also should check their insurance coverage for details that could save them money.

FEHB, FSA and FEDVIP booklets also will be arriving in the mail. Look for the information and save it when it arrives or go to the “My HR” section on LiteBlue for more details. 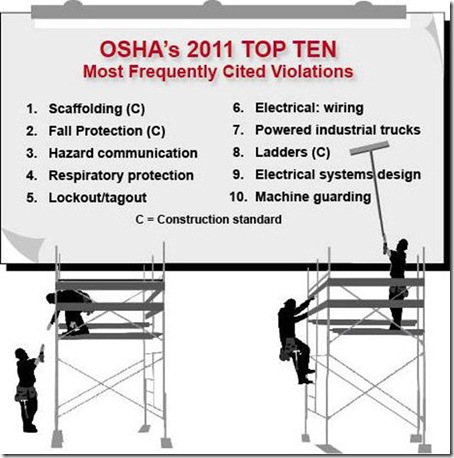 Apply Now for a Union Plus Scholarship

Washington, DC-Applications are now open for the 2012 Union Plus Scholarship Program, which provides $150,000 in scholarships to union members, their spouses and dependents.

To apply, visit UnionPlus.org/Education. This year's application is entirely online-allowing students to complete their application over time and save their responses. The application deadline is January 31,2012.

How the Scholarship Program Works In addition to demonstrating academic ability, applicants are required to submit essays of no more than 500 words describing their career goals, detailing their relationship with the union movement and explaining why they are deserving of a union scholarship.

Individuals must be accepted into an accredited college or university, community college or recognized technical or trade school at the time the award is issued. Graduate school students are also eligible for Union Plus Scholarships. There is no requirement to have participated in any Union Plus program in order to apply.

Since 1991, Union Plus has distributed more than $3.2 million in scholarships to working families.

In addition to the Union Plus Scholarships, the following benefits help union families afford higher education:

•Scholarships to help union members and leaders finish their degrees with an affordable, flexible and convenient online program at the National Labor College.

•Discounts of 15 percent to 60 percent on college and graduate school test preparation courses from The Princeton Review. Includes classroom, online and private tutoring for the SA®, AC®, GMA®, LSA®, GRE® and MCA ®as well as college affordability and admissions online courses. Visit UnionPlus.org/CollegePrep or call 1-888-2437737.

Email ThisBlogThis!Share to TwitterShare to FacebookShare to Pinterest
Labels: Scholarships, Union Plus 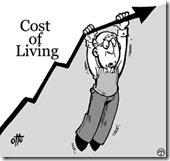 Bargaining between the NPMHU and the U.S. Postal Service is reaching its critical stages, as the November 20th deadline draws closer.

The House Oversight and Government Reform Committee on Thursday approved a bill that would reduce the federal workforce through attrition by 10 percent over the next three years.

H.R. 3029 would make exceptions for certain national security concerns or any event that threatens public health or safety. The attrition policy would stay in effect through Sept. 30, 2014. The proposal also includes a provision that limits procurement on service contracts to supplement the reduced workforce "except in cases in which a cost comparison demonstrates that such contracts would be to the financial advantage of the government." Rep. Mick Mulvaney, R-S.C., the bill's sponsor, estimates the legislation will save $139 billion over the next decade.

In recent days, federal employee groups have publicly opposed the legislation through letters to the committee and press releases. "The bill undermines critical government services for the American people, ranging from defending our borders to safeguarding our food and drugs to assisting taxpayers and processing tax refunds," National Treasury Employees Union President Colleen Kelley said. "The list goes on and on. Yet, this legislation fails to consider the negative impact on those services."

The Government Managers Coalition, composed of the five major federal sector executive and management professional associations, wrote a Nov. 2 letter to committee Chairman Darrell Issa, R-Calif., and ranking member Elijah Cummings, D-Md., expressing concern over the impact downsizing the government will have on agencies' ability to serve the public. "A reduction in the size of the federal workforce could well amount to a reduction in vital services Americans expect on a daily basis," the letter stated. "Past efforts to reduce the civil service carried out during the Clinton administration resulted in an immediate deterioration of service to the public, leading to the hiring of contractors to make up for lost work."

During the committee's markup Thursday, Rep. Jim Cooper, D-Tenn., suggested changing the bill to allow the government to hire two employees, rather than one, to replace every three workers who retire or leave. Issa said he didn't have any "inherent objection" to that number and pledged to work with Cooper on a figure as the bill winds its way through the House. "We have a little headroom in the 10-year window," Issa said, referring to the savings the bill's supporters claim attrition will produce over the next decade.

Opponents of the legislation complained that a 10 percent across-the-board reduction in the government workforce was arbitrary and did not take into account such critical services as law enforcement or those provided to veterans. "I don't think it's a good management principle," said Rep. Gerry Connolly, D-Va., who voted against the measure.

Reducing the federal workforce through attrition was also a recommendation of the bipartisan Simpson-Bowles fiscal commission, created by President Obama and led by former Republican Sen. Alan Simpson from Wyoming and former White House Chief of Staff Erskine Bowles.

During an Oct. 26 hearing of the joint congressional super committee on deficit reduction, Congressional Budget Office Director Douglas Elmendorf mentioned the effect a smaller federal workforce could have on government operations. "Having fewer federal workers would probably lower the levels of service that federal agencies provide to the public, unless cuts in the agencies' workforces were accompanied by actions to enhance productivity," he said.

Email ThisBlogThis!Share to TwitterShare to FacebookShare to Pinterest
Labels: Attacks on Labor, NARFE

One message rang loud and clear tonight in Ohio and across the country: those who spend their time scapegoating workers and pushing a partisan agenda will only strengthen the resolve of working people. From the very beginning, it’s been clear that Gov. Kasich, and indeed many politicians, were pushing an agenda that was about politics, not about solving our nation’s problems or creating jobs.

Today’s defeat of Issue 2 is a major victory for working families in Ohio and across the country. Ohio’s working people successfully fought back against lies pushed by shadowy multi-national corporations and their anonymous front groups that attempted to scapegoat public service employees and everyone they serve by assaulting collective bargaining rights. And it’s a great day for common sense, as Ohioans from all backgrounds and political parties rejected the crazy notion that the 99 percent -- nurses, bridge inspectors, firefighters, and social workers -- caused the economic collapse, rather than Wall Street.

Politicians in Ohio and across the country should finally understand that working people will fight hard to ensure the survival of the middle class, and politicians who fight battles for the richest 1% will find their radical efforts stopped by the voices of working people.