Guffey: USPS Will Have to Do Better

Postal Service negotiators continue to express interest in APWU contract proposals, “but so far have failed to put anything in writing,” APWU President Cliff Guffey reported to the Rank and File Bargaining

At a morning bargaining session, management representatives re-

hashed their previous oral statements, he said. “If they expect to get an agreement, they will have to do better.”

“We want to see everything in writing,” the union president said.

To facilitate processing of 2010 tax information and to ensure correct and timely receipt of a 2010 Form W-2, Wage and Tax Statement, all employees must have a current mailing address on file by December 29, 2010, in order to update the W-2 mailing file.

The following options are available for current employees to change their mailing address on record:

All postal employees can change their mailing and residential addresses using the personnel computer kiosks located in large Processing and Distribution Centers and some Post Office™ facilities. Click the tab titled Present Job Info/Change of Address on the main Kiosk webpage. 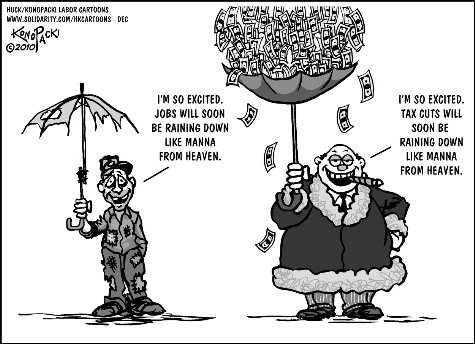 With the Collective Bargaining Agreement scheduled to expire Nov. 20, the APWU will post frequent updates about the status of negotiations. To stay informed about late-breaking developments, union members can visit www.apwu.org, or they can follow the union on Twitter and Facebook.

To receive text-message notifications when updates are posted, union members can establish a free Twitter account at www.twitter.com. Once the registration process is complete, account holders should search for “apwunational,” and click the “follow” button. Members can then choose to receive text message alerts when the union has posted an update. In addition, members can visit www.twitter.com/apwunational for the latest news.

The APWU will also be posting updates on its Facebook page frequently. To join the many APWU members, officers, and supporters who are already “fans” of the union, members with Facebook accounts can search for “APWU,” or may access the union’s page directly by typing in www.facebook.com/APWUnational. Members may then click “Like” to join the group and view the union’s recent posts.

Congratulations to Governor-elect Scott Walker and to the new and returning members of the Wisconsin State Legislature. The challenge ahead in governing the state is a substantial one. Labor in Wisconsin is committed to economic policies that preserve the gains of working class families, and our voices must be heard, especially during deliberations on the next biennial budget. American workers have borne the worst of the economic crisis, and the Wisconsin State AFL-CIO is committed to ensuring that middle-class families share in the recovery.
No comments:

Burrus Update #19-2010, Nov. 1, 2010
Contract negotiations took a dramatic turn today as postal management presented its economic proposal, which would establish employees’ wages and benefits for the next Collective Bargaining Agreement. Notwithstanding my expectation that management would seek to restrain costs, I was surprised to receive a USPS proposal that would destroy 20 years of progress.

Postmaster General Potter has said he intends to protect current employees by “grandfathering” their wages, and imposing lower pay and benefits on future employees. Management’s wage proposal reflects that objective: It would severely reduce the pay and benefits of employees hired after the signing of a new agreement, and would make postal jobs substantially less desirable.

Management’s proposal is just one step in the bargaining process, which requires additional intense negotiations — but it is not a good starting point.

Upon receipt of the proposal, I informed USPS negotiators that it is an insult to all postal employees who have dedicated their working lives to maintaining the best postal system in the world. There is zero possibility that the union will agree to wage cuts.

We hope that as bargaining proceeds, management will join us and engage in serious dialogue about the terms and conditions of a new contract. We have come too far to consider revisiting the past.