Solidarity Forever - for the Union makes us strong!

by: Paula J. Gallo (Kenosha, WI -  APWU)
My father is a retired UAW worker. He has been a proud member of the union for over 60 years including as a retiree. I was raised learning from and about the struggles of t

he working class all my life. I remember my Dad picketing and even striking, and yes, I even walked the picket line with him; for wages and improved working conditions. I have been a union member for almost 34 years and a union officer for over 25 years.
I have also witnessed the apathy of workers and union members over the last 30 years. We have become complacent, and let our rights slowly begin to slip away. We have accepted the status quo, busy with our lives and families and trying to get by. But now, that time is over. Workers woke up and saw the battle that needs to be fought. The line can never be clearer than it is today regarding what side you are on; you’re either for the rich or for the middle class.
I am so impressed by the people of Wisconsin that have finally said “ENOUGH IS ENOUGH.” I have attended several rallies in Madison as well as locally. On Saturday March 12th I was in Madison and helped cheer for and welcome back our heroic “Wisconsin Fabulous 14.” Never have I been so moved by the outpouring of pride and thanks that these men and women were

shown, and rightfully so. They had the courage to do what so many people only hoped that we could do. To stand up against what is wrong and fight for what is right. Now hundreds of thousands of Wisconsin citizens are awakened to fight the battle that we have ignored for years. To see all ages of people from seniors to little children, men and women, people of different religions, and ethnicity. It wasn’t just teachers, nurses and other state employees. It did not matter what your job is. Wisconsin workers and families stepped up to support all employees, not just in our state but also across this country. It was so awesome to be in Madison! Words can never describe the feelings I had. I will remember this forever.
This is our generation’s time in history to pay thanks for all that our grandparents and parents did for us in fighting the early battles. Those battles that gave us the rights to form Unions, collectively bargain, gain safety in the workplace, 40 hour work weeks, weekends, vacation pay and overtime, just to name a few. Past generations fought hard, many with their lives, to pursue the rights that we enjoy today.
Now it is our time to carry and lift that torch; to thank past generations and fight for future generations. This is our time to stand up, to be proud and fight. We are making history and I am proud to be part of it here in Wisconsin.
Actress Susan Sarandon (Top Right Photo) participated in the welcoming back of the DEM 14 in Madison on March 12.
(Photos by Paula Gallo) Click on photos to enlarge.
No comments: 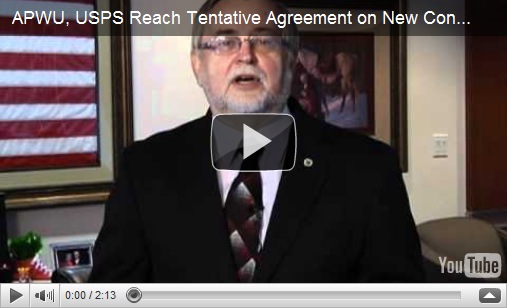 In the aftermath of Wisconsin Governor Scott Walker signing a bill stripping public workers of their collective bargaining rights, a record number of working class Americans gathered in and outside the capital building in Madison on Saturday, March 12. By some estimates, the crowd numbered over 150,000 and clearly was the largest thus far in day 27 of protests against the attack on working families in Wisconsin.

The demonstrators consisted of not only union workers (public and private sector) but also democrats, republicans, former republicans, independents, small business owners, religious groups, retiree organizations, students, and many others all coming together to express their views in a peaceful manner. There are no words that can accurately describe the feeling of solidarity generated by over 150,000 people assembled for a common cause – to defend their way of life and to keep the “American Dream” alive.

As with past gatherings, this was nonviolent and rather festive affair, a disappointment to some far right commentators and politicians who continue to spread lies referring to the protestors as union thugs under command of their “union bosses,” or slobs, freaks, and long-haired bug infested Michael Moore followers, among other derogatory and hateful descriptions. An honest assessment of the crowd would reveal that all are everyday middle class Americans, many of whom are accompanied by their children.

Wisconsin is known as “America’s Dairyland.” Joining the March 12 protest with a “Tractorcade” to support public workers and bring attention to their cause were Wisconsin farmers. In his budget, Governor Walker has proposed cuts in a state health insurance program known as Badgercare and if the budget cuts are enacted, would affect Wisconsin’s self-employed family farm owners’ health care coverage.

Aside from legal challenges as to the procedure used by the Republican-controlled state Senate to move the union rights bill to the governor for his signature, there are now recall petitions being circulated against eight of the Republican senators who supported this measure. If the required numbers of signatures for recall are obtained (and that is fully expected), recall elections will take place within the next three months.

As in Wisconsin, the battle in other states goes far beyond an attack on public worker unions but also includes a large segment of the citizenry as well, regardless of union status or political affiliation. The fact is a war has been declared on the middle class and our democracy.

In a March 9 interview on FOX News, Wisconsin Senate Majority Leader Scott Fitzgerald inadvertently revealed the true reason behind the attack on public worker unions in Wisconsin (as well as several other states) and it has nothing to do with budgetary concerns. He said, “If we win this battle, and the money is not there under the auspices of the unions, certainly what you're going to find is President Obama is going to have a much more difficult time getting elected and winning the state of Wisconsin."

Efforts are also underway through the legislative process in 32 states to make it more difficult for college students, minorities, the poor, and others to cast a vote on Election Day. (Historically, these groups tend to vote for more Democratic Party candidates rather than candidates from other political parties.) Elimination of same-day voter registration, residency definition changes, highly restrictive voter identification requirements are some examples of attempts at putting obstacles in place to affect voter turnout.

Meanwhile, efforts to transfer more of the wealth from the middle class and those least able to afford it continue. Here are two examples. In Michigan, Republican Governor Rick Snyder has proposed placing a tax on retiree pensions and elimination of the low-income tax credit. The $1.7 billion tax increase on the poor and old people would be used to help pay for a $1.8 billion corporate tax cut. In Florida, Republican Governor Rick Scott has proposed a massive $1.7 billion cut in K–12 public schools. The money saved from education cuts would be used for corporate and property tax breaks.

Currently, the gap between the richest one percent of Americans and the middle and poorest parts of the population is at the highest it's been in over 80 years. This gap will continue to increase if the politicians under control of their billionaire “puppet masters” are able to continue their assault on the middle class and democracy in America.

For this reason the rebellion in Wisconsin and in other parts of the country that has not only generated the participation of union members but other groups and individual citizens is so important. It is more than a battle for union rights. It is a battle for the future of our country and our way of life.

Please visit the PPA website at www.apwupostalpress.org for photographs of the Saturday, March 12 demonstration in Madison. There is a slide show on the main page and “Photo Gallery” in the left column that contains two March 12 photo galleries in addition to previous galleries.

The Headline above that the APWU supports  the rights of Wisconsin Workers is  only because the current turmoil between Republicans and Tea baggers vs. the “Middle Class” began here in Wisconsin because of our puppet Governor and the rest of his party. In reality, we support the rights of all workers across this great Country. Wisconsin just happens to be the first victim that fell between the crosshairs of Corporate America. Like a powerful predator, they have decided that they will crush their prey… the middle class (the Unions) and brainwash the poverty stricken working class. The ones who are working two or three jobs to survive.

Why don’t they strive to raise the wages of these poverty workers up to at least middle class and eliminate the lower class… instead of trying to divide us? It’s because of Corporate Greed and the legislators they have bought and put in their back pockets. Legislators who have become traitors to their constituents just to receive future funding to protect “their jobs”!

I took the photos below on March 2, when APWU organized the rally there.  We had about 300 APWU members from Illinois, Minnesota and Wisconsin show up. In addition we had several National Representatives in attendance like Vice-President Greg Bell, Director of Organization Martha Shunn-King and NBA Marty Mater (Past Madison Local President). If I forgot someone, I apologize.

There are over 500 photos from February 26 and March 2 on our Facebook page if you want to check them out. Look for the Facebook icon on this page.