The Postal Regulatory Commission in a unanimous decision has denied the US Postal Service the emergency rate increase it requested earlier this year.

PRC Chair Ruth Goldway said that while the USPS made its case that the recession was an “extraordinary” circumstance, she found that the rate changes requested were actually related to long term market changes.

PRC member Dan Blair concurs in the decision, but does not believe the USPS proved the recession was an exceptional circumstance.

In answer to questions asked at the news conference, Goldway said “Our decision is final.” She also said, however, that she doesn’t know if any of the parties will appeal to the courts.

Goldway also said that the USPS could implement a 1.6-2% increase under the normal price cap process.

Full text of the decision

Text of the PRC’s press release:

“The Commission finds that the Postal Service has shown the recent recession to be an exigent circumstance but it has failed both to quantify the impact of the recession on its finances and to show how its rate request relates to the resulting loss of mail volume; therefore, we unanimously deny its exigent rate request,” said Chairman Ruth Y. Goldway.

The Postal Service’s recent volume losses and multi-billion dollar shortfalls are recognized. However, Commission analysis confirms that the Postal Service’s cash flow problem is not a result of the recession and would have occurred whether or not the recession took place. lt is the result of other, unrelated structural problems and the proposed exigent rate adjustments would neither solve nor delay those problems.

The Postal Service may be unable to continue to meet a statutory 1O-year payment schedule – averaging roughly $5.5 billion per year – to create a fund to pay future retiree health benefit premiums. lt has been unable to fund this obligation from operations, and has instead used up all of its retained earnings and drawn down from its $15 billion borrowing authority. Even with the requested increase, the Postal Service would be unable to meet this annual obligation either in 2011, or in succeeding years. 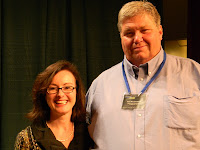 During a career that began as an activist at the University of Wisconsin-Milwaukee, Stephanie has been committed to the ideals of organized labor and the power of collective action to create a strong middle-class. She is dedicated to building grass-roots, member-driven campaigns that advocate for social and economic justice for everyone.
Stephanie was raised by working-class parents who often struggled but always believed in hard work and education.
No comments:

Non-dependent children can join FEHBP as of January 1st, 2011.  The child doesn't have to be your own.  It can be your gay partner's or someone else's.  If it is your own child, the child can be married and have their own employer-sponsored insurance.  Almost any child living with a federal employee can be added.  See the attachments from OPM.  Some employees and retirees may overlook this important benefit change this Open Season.
Click Here for OPM attachment
No comments: 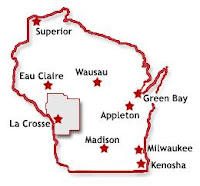 APWU of Wisconsin and the La Crosse Area Local will host a Fall Seminar in La Crosse, WI. on October 29 and 30. The seminar will be held at the Radisson Hotel in La Crosse and the hotel reservation deadline is September 28.


CLICK HERE for information concerning: Seminar Registration, Class Agenda, and Hotel Reservations. You are encouraged to complete the attached pdf registration form and print it and submit it with your registration fees to Dale Anderson.
No comments:

PICKET ON FIRST DAY OF SEPTEMBER GETS MUCH ATTENTION

Up to 50 participants picket the Oshkosh Mail Processing and Distribution Center at 1025 W 20th AV from 7am to 10am. Over 40 come out for the 1pm to 4pm picket! Special thanks go out to City Council Member Bob Poeschl, Rep. Dick Spanbauer of 53rd Assembly District, Rep. Gorden Hintz of 54th Assembly District, Mayor Paul Esslinger, and Deputy Mayor Jessica King for stopping in and some carrying singage. Retirees, former postal employees, as well as members of the public with labor union affiliation, current employees, the President of the Green Bay Local APWU, and Santa stood to support NOT closing down the Oshkosh P&DC. Flyers were distributed to customers many of which went out of their way to learn what they can do to help raise public awareness. Yard signs were available for pick up and going by the handful. Thanks to every one who mailed a signature card/petition showing their support of keeping 549 mail processing in Oshkosh!