Day one of the APWU of Wisconsin Fall Seminar and Council of Locals has come to a close. Click Here to see a few of the photos that have been posted on Facebook.

The Lyle Krueth Dinner/Roast is scheduled for later tonight.
No comments:

The secret is finally out: the Office of Personnel Management still processes retirement claims in 2010 much the same way it did in 1920. The process remains paper-based, requiring a human being to sift through the paperwork documenting an employee's career to be sure that he or she is receiving the proper retirement benefit. [Full Story] 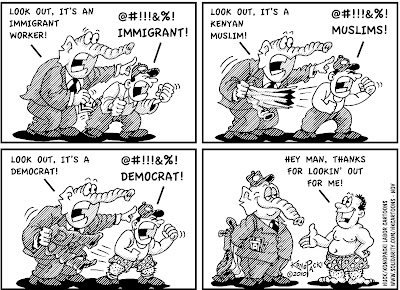 Former postal employees who retired or separated from the Postal Service in 2009 as part of the negotiated Early Out Incentive agreement are entitled to receive an additional $5,000, tentatively scheduled for Oct. 29, 2010.

Those who participated in the retirement incentive program received $10,000 as part of the agreement in 2009. The final $5,000 payment is scheduled to coincide with the Pay Period 22 payroll.

Checks will be mailed with other paychecks from the Postal Data Center to the local office where eligible retirees were employed. Those who choose to retrieve their checks in person should contact the office in advance to determine where they should report. Those who prefer to have checks mailed to their current address should provide a written, signed request to the highest-ranking postal official at the installation where they were employed.

Retirees are encouraged to join the APWU Retirees Department to stay in touch with postal friends and retirees; learn more about retiree benefits and issues, and assure and protect benefits. To join, visit the Retirees Department Web page for an enrollment form, or download one at www.apwu.org/dept/retiree/retjoinform.pdf.
No comments:

Postal workers in Oshkosh say a town hall meeting will take place in November to discuss the potential closing of the mail processing facility in the city. It's a claim the U.S. Postal Service denies.

Postal Service workers in Oshkosh fear their plant is one step closer to shutting down for good. [Full Story]

The United States Postal Service is set to lose tens of millions of dollars for a series of “willful” health and safety violations at its processing facilities across America.

While desperately searching for possible cutbacks to stem its multi-billion dollar losses, the organisation is being sued by the federal government for what are described as an “indifference to employee safety and health”. [Full Story]

History of the Combined Federal Campaign

A brief history of the Combined Federal Campaign (CFC) will demonstrate why it is one of the largest, most successful, and convenient workplace giving programs in the United States. Programs offer a myriad of choices for giving and it is convenient for federal employees to participate. The CFC allows participants to chose to give to organizations at the local, national, and international level. No other workplace giving program offers this type of variety of choice and convenience for charitable agencies.

Prior to the 1950's workplace giving campaigns in the federal government were an uncontrollable free for all which not surprisingly produced poor results. At times supervisors applied pressure to employees to give and quota's were wrongly established. Employees were asked to give throughout the year and there was no established order in how things were conducted.

In the 1950's President Eisenhower took steps to correct the prevailing situation. Various campaigns were assigned to particular times of the year. Local United Way Campaigns were conducted in the Fall and National Health Agencies and International Service Groups were assigned to the Spring. The American Red Cross drive was done in Spring if it was not part of the local campaign in Fall. Although this was an improvement there was still more work to accomplish.

President Kennedy came up with the concept of a combined giving campaign and in 1964 this idea was introduced with experiments around the United States. This program proved to be very successful along with the innovation of payroll deductions. Under President Nixon in 1971 the modern day CFC was born.

The CFC has over 1600 national and international agencies where employees can designate their contributions. In addition hundreds of local organizations exist allowing employee to contribute to the charities in their own home town. The payroll deduction systems make it easy for agencies after applying to receive quarterly checks. The CFC has proven to be very successful growing tremendously each year. The concept of a combined campaign with payroll deductions laid the foundation for one of the most successful workplace giving programs in history.
No comments: