For the first time in my union heart, I feel you have let me down. You have allowed the government to make you blind to socialism. A union’s fight is to stop management, CEOs and government from telling the workers what’s best for them. But you have endorsed a program that 65 percent of the American people did not want. You are rejoicing in a system that allows government to dictate my health care. 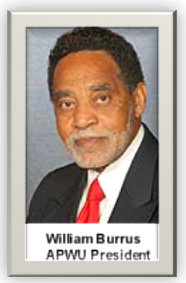 A program that requires its citizens to buy a product is not freedom, and putting the IRS in charge makes it worse. This new law will not change the cost or the real problems in the health care system. In a few years the health care system will be destroyed.
Is there a problem with healthcare in the country? Yes. But the cost and insurance impunity are the problem, not access. Everyone having an insurance card will not fix the problem; it’s just going to compound it.
I now have to think really hard if I still want to belong to a union that endorses socialism and not freedom.

Thank you for communicating with my office through Ask the President. It is important that the lines of communications between union members and the president remain open, and that you feel as though you are part of your union.

It is apparent that you are a proponent of small government, and you oppose government expansion into areas that you believe are best left to individual effort. I respect your position and I believe that we probably have many similar beliefs, but I find that those who object to government’s role in society often use a very broad brush.

The most glaring example of extreme anti-government rhetoric is to characterize government efforts to address serious national problems as “socialist” or anti-American. This is unfortunate, because without these sweeping denouncements, individuals of good heart and positive intent could engage in meaningful dialogue — and perhaps reach agreement somewhere in the middle.

Our strength as a nation lies in the effectiveness of our government, which encourages individual initiative and provides for the common good. Where the line should be drawn is the subject of legitimate debate and frequent disagreements.

Those who decry government nonetheless accept the government’s role in providing Medicare, Social Security and unemployment insurance, and in the schooling of our children, the protection offered by police and firefighters, the construction of roads, enforcement of traffic rules, protection against unscrupulous entrepreneurs, national defense, and thousands of other benefits.

Government records our birth, documents our citizenship and eligibility for Social Security, records our demise and the effect on our estate, and — a result of healthcare reform — will soon guarantee that every citizen has access to medical care.

The opponents ignore the fact that previous generations decided long ago that all citizens are entitled to emergency medical services. If government involvement in medical care is socialist, we crossed that bridge long ago. The alternative would be to stand by and watch people die because they lack insurance. I am sure that despite your opposition to government, you would not advocate refusing to provide emergency care to those who cannot afford to pay for it or who refuse to purchase it.

You and others who share your views prefer that the insurance companies set the rules. And they have: The insurance companies decided to deny coverage to people with “pre-existing conditions,” to limit medical services with lifetime “caps,” and to set fees based on whether or not an individual’s employer offers insurance.

I prefer that the representatives of the people set the rules. I respectfully acknowledge your position, and expect you to recognize my right to arrive at a different conclusion.
And I ask that you refrain from threatening to withdraw from the union. In our democratic organization, you have the right to express your disagreement through the ballot box. I notice that you do not renounce your citizenship, because the consequences would be too great. Unfortunately, non-members are not denied union representation. Perhaps you would temper your threat to quit the union if it meant you would lose protection against layoffs or that you would suffer a 20 percent reduction in pay.
I believe citizens must provide for the common good through their government. That’s not socialism, it’s civilization.

Email ThisBlogThis!Share to TwitterShare to FacebookShare to Pinterest
Labels: Ask The President