One Heck of a Move By the Dems… I salute you…

I salute the Democratic Senators who decided to call in sick (more or less) before the big vote on Walker’s attack on Wisconsin workers. I know it had to be a hard last 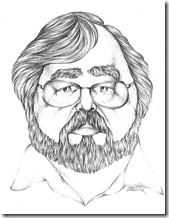 minute decision with their constituent’s welfare in mind.

Walker and his cronies are trying to ramrod a bill through that would strip Wisconsin  Public Employees of their collective bargaining rights. These are rights that have been in place for years and years. The issue is not that they pay more into their retirement or pay more for healthcare. It’s the stripping away of their negotiating rights.

Much is said about private sector employees (the have-not's) paying more than their share because of the bad economy that we inherited from the previous Administration. With the various situations mentioned - Harley, Mercury etc.; At least these employees had an opportunity to negotiate the take-aways and perhaps got something else in return (We know the the State fattened the pot a bit with our tax dollars  otherwise they’d be gone to Mexico or someplace with cheap labor and taxes and no environmental concerns.)  If they (the employees) don’t get something in return today, perhaps in the future or perhaps a non monetary gain might have been negotiated.

Corporate America is calling the shots now since they where able to contribute limitless funds to Legislative Representatives who would support their personal agenda during the recent elections last year. This is where the payback begins.

Wisconsin Public workers are symbolized as the “haves” while private sector employees are the “have not's”.The” haves” (public employees) are depicted as a special group that has not been paying their fair share. Has anyone remembered that they are already getting docked 16 days of pay a year with their furlough days?

Their salaries are mostly public if you want to check the internet and there is nothing really out of line. My concern would be why can’t we get everyone’s salary and benefits uplifted rather than trying to tear someone else down to a poverty level. That’s because these so-called haves and the “have-not's" can’t afford to buy their legislators

Another concern I would have is: Why are only certain Wisconsin Public Worker groups targeted? Why aren’t the Workers who supported Walker in his bid for the Governor included?

My other question is: What about the two percent or so that control most of the assets in the Country? If Wisconsin Public employees are called the “Haves”, what are these people… Gods? When are they going to pay their “FAIR” share?

Email ThisBlogThis!Share to TwitterShare to FacebookShare to Pinterest
Labels: Opinion